·         Tuberculosis is a granulomatous disease and a major health problem in developing countries.

·         It has high anti-tubercular efficacy as well as low toxicity.

·         These drugs have either low anti-tubercular efficacy or higher toxicity or both and are used in special circumstances only.

·         Mycobacterium is derived from Greek word “Mycos” that means waxy appearance due to composition of their cell wall.

·         Inside the lymph node alveolar macrophage develops by the M. tuberculosis. 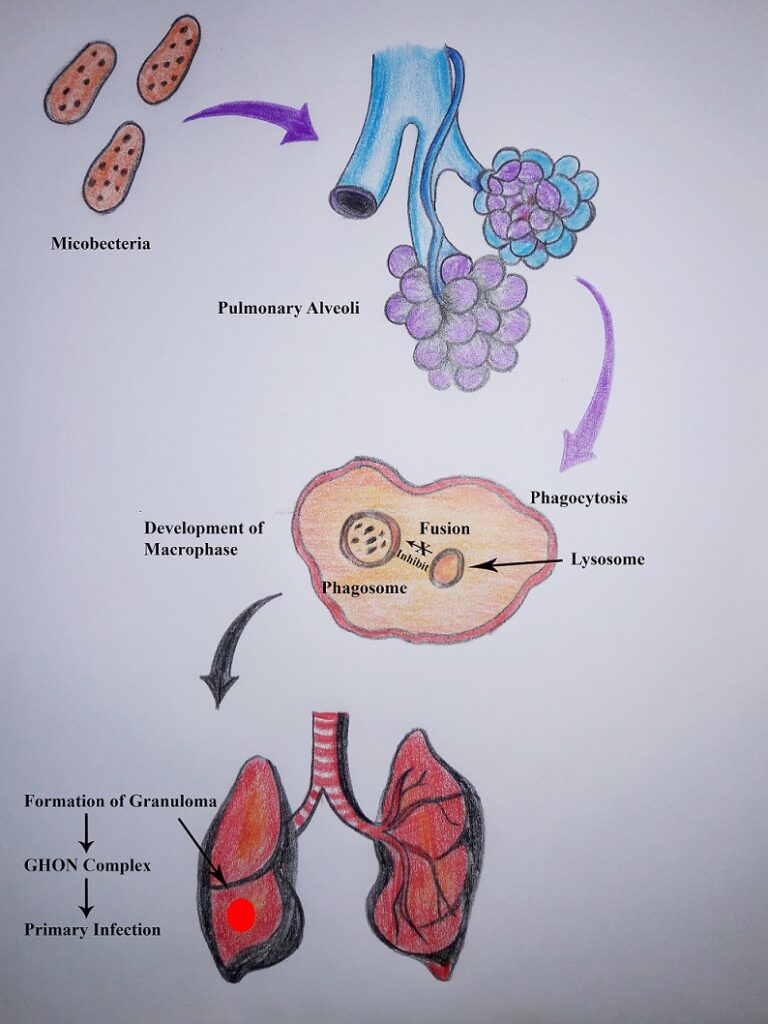 ·         Penetrates into macrophages and is active against both extracellular and intracellular organism.

·         INH is inhibited the synthesis of mycolic acid which are unique fatty components of mycobacterial cell wall.

·         INH enters sensitive mycobacteria which converts it by a catalase-peroxidase enzyme into a reactive metabolites.

·         Increase expression of InhA or by mutations that lower the enzyme’s affinity to NADH.

·         Penetrate all the body tissue, tubular cavities, placenta, and meninges.

·         Extensively metabolized in liver, most important pathway being N-acetylation.

·         Hepatotoxicity due to dose related damage to liver cell.

o   Due to interference with production of the active coenzyme pyridoxal phosphate from pyridoxine and its increased excretion in urine.

o   Prevent the Neurotoxicity even with higher doses.

·         Prophylactic pyridoxine must be given to diabetics, chronic alcoholics, malnourished, lactating and HIV infected patients.

·         Rifampicin is derived from the soli mold Streptomyces.

·         It is never given as a single drugs in the treatment of tuberculosis.

·         Rifampin blocks transcription by interacting with β subunit (involved in the binding of RNA polymerase to DNA) of bacteria, but not human, DNA dependent RNA polymerase (specific for prokaryotic).

·         Having bactericidal effect for both intra and extracellular mycobacteria, like M. tuberculosis, M. Kansasii.

·         Prophylactic used for Meningitis caused by meningococci or Haemophilus influenza.

·         Resistance to rifampin can be caused by a mutation in the affinity of the bacterial DNA-dependent RNA polymerase for the drug, or by decreased permeability.

·         Distribution occurs to all body fluids and organs.

·         Food decreases absorption, so rifampin is to be take n in empty stomach.

·         Rifampin itself can induce the hepatic mixed-function oxidase, leading to a shortened half-life and numerous drug interaction.

·         Cholestasis jaundice (Excessive bilirubin stored in the skin and excreted throughout urine) and occasionally hepatitis.

·         Pyrazinamide enzymatically hydrolyzed to pyrazinoic acid, which is the active form of the drug.

·         Active against tubercle bacilli in acidic medium of lysosome, as well as in macrophages.

·         Bacteriostatic and specific for most strains of M. tuberculosis and M. Kansasii.

·         Inhibit arabinosyl transferase, so that interfere with the synthesis of the Mycobacteria arabinogalactan cell wall.

·         Both parent drugs and metabolites are excreted by glomerular filtration and tubular secretion.

·         Acts only on extracellular bacilli (because poor penetration into cells).

·         It penetrate tubular cavities, but does not cross to the CSF, and has poor action in acidic medium.

·         Streptomycin also considered as a second line drugs, because it more effective than first line agents and their toxicity often more serious.

·         According to severity the patients are divided into four categories.

Tuberculosis management according to WHO (2010) 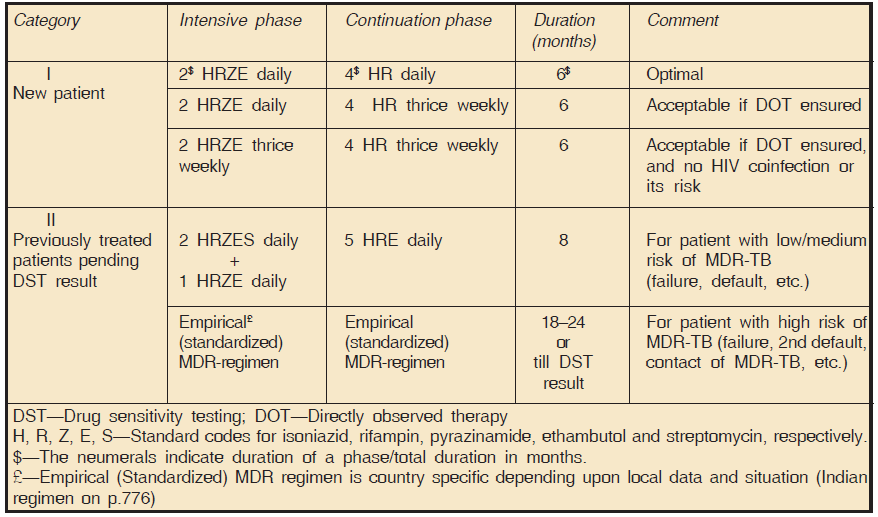 ·         Contraindicated because it is ototoxicity to the fetus.

·         Daily HRZE for 2 month: started immediately on the diagnosis of TB followed by continuous phase of HR for 4-7 months (Total 6-9 months)

·         Rifabutin (less potent enzyme inducer) given 9-12 months may be substituted for Rifampicin.