·         Hormone produce intense biological activity that is produced by specific cells in the body and it transported through circulation on its target cells.

·         Hormone are secreted by the endocrine or ductless glands; these are: 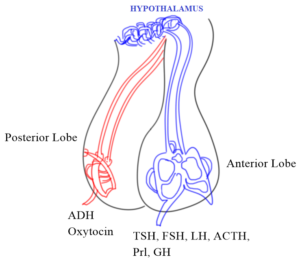 ·         IGF produced by other target cells promotes lipogenesis and glucose intake by muscle. 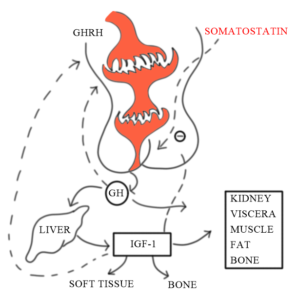 ·         Lipodystrophy (Abnormal distribution of fat in the body)

·         It primarily stimulus with the conjunction with estrogen, progesterone and several hormone.

·         Prolactin causes development and growth of breast during pregnancy.

·         The ductal and acinar cell induce synthesis of milk and lactose.

·         Prolactin may affect immune response through action on T-lymphocytes. 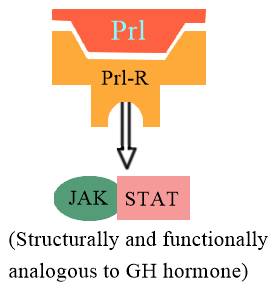 ·         Due to fast pass metabolism bioavailability is lowered.

·         ACTH target adrenal cortex and bind to its specific receptor.

·         Synthesis and release adrenocorticosteroid and the adrenal androgen. 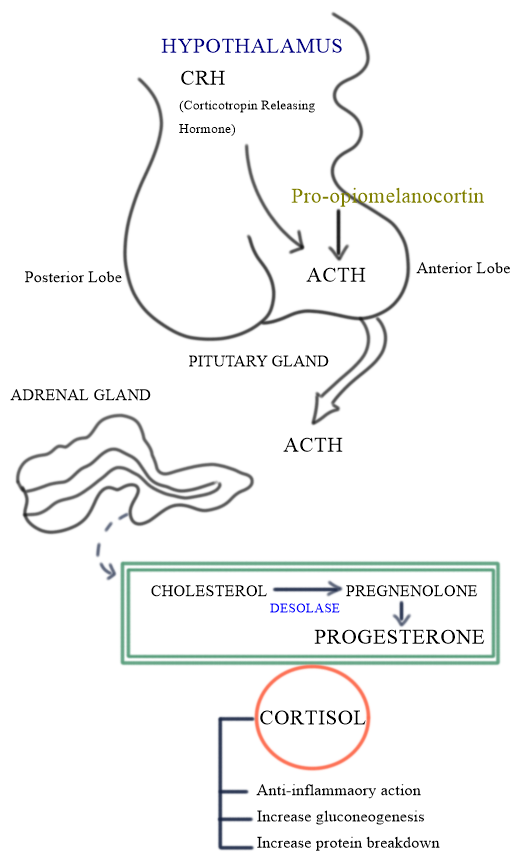 ·         Primarily for the diagnosis disorder of pituitary adrenal axis.

·         Injected i.v. 25 IU causes increase in plasma cortisol if the adrenal are functional.

·         ACTH does not offer because MORE inconvenient, expensive as well as less predictable.

·         Female: Regulate the length and order of the menstrual cycle. 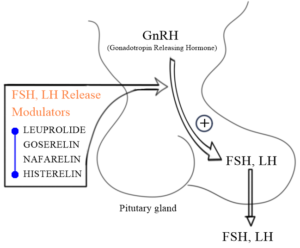 ·         Amenorrhea and infertility (Non ovulation due to polycystic ovaries).

·         Cryptorchidism (Testicle fail to descend from the abdomen into the scrotum).

·         The iodine containing amino acids are produced by thyroid follicles and have broad effects on growth, developments and metabolism.

·         Calcitonin is produced by interfollicular “C” cells and biologically important in calcium metabolism.

Synthesis and transport of thyroid hormone

·         The trapping is stimulated by TSH by inducing and activating NIS.

·         Iodide trapping by follicular cells is carried across the apical membrane by the transporter “pendrin” and oxidized by the membrane bound thyroid peroxidase enzyme to linked (I+) ion OR hypoiodus acid (HOI) OR enzyme linked hypoiodate (E-OI) with the help of H2O2.

·         These iodines combine with tyrosil residues of thyroglobulin to form;

·         Pairs of iodinated tyrosine residues couple together to form T3 and T4.

·         The formation of T4 is much more than T3, but in case of I2 deficiency relatively more MIT is available and more T3 is formed.

·         Coupling is an oxidative reaction, hence coupling and oxidation of iodide are stimulated by TSH.

·         The same thyroid peroxidase is catalyzed the reaction of coupling.

·         Thyroglobulin containing iodinated tyrosil and thyronil residue is transported to the interior of the follicles and remains stored as thyroid colloid.

·         The coupling residue is taken back into the cells by endocytosis and broken down by lysosomal proteases to form T4 and T3.

·         Both colloid uptake and proteolysis are stimulated by TSH.

·         The target tissues take up T3 from circulation and T4 is taken up by brain and pituitary and converts T4 to T3 with in their own cells. 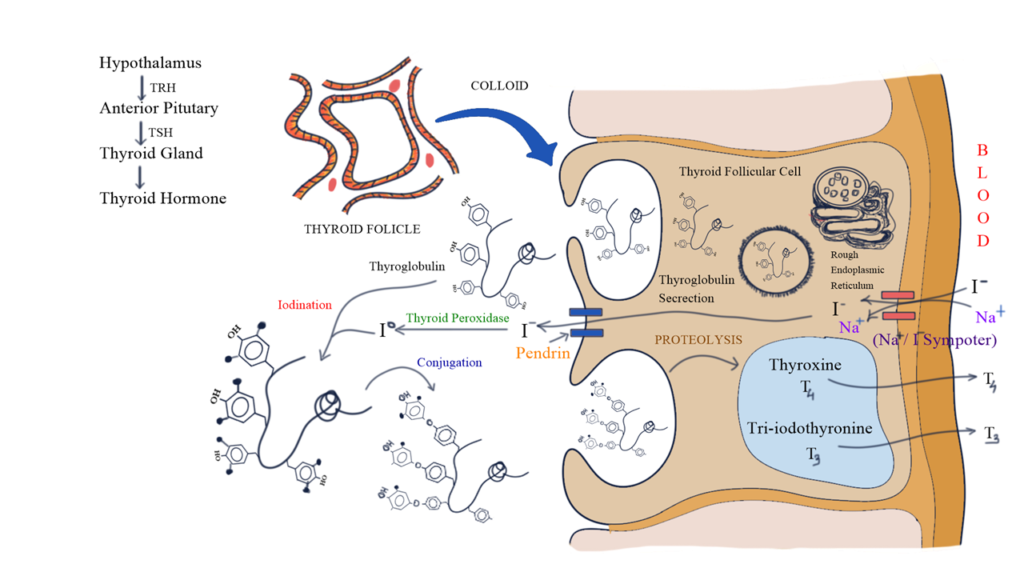 ·         Both T3 and T4 penetrate cells by active transport and combining with a nuclear thyroid hormone receptor (TR) → (Steroid and Retinoid).

·         Steroid receptor: the TR residues in the nucleus even in the unliganded inactive state.

·         It bound to thyroid hormone response element (TRE) along with corepressors. 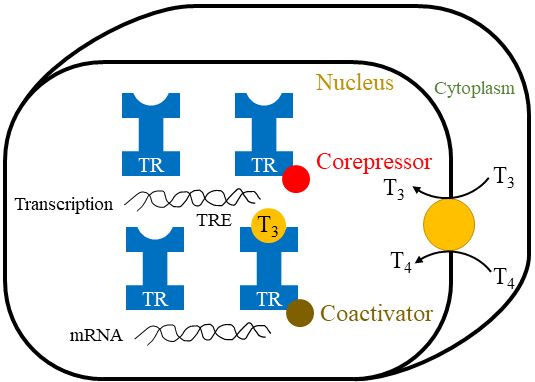 ·         Most thyroid nodules are not serious and don’t cause symptoms.