·         Network of nerve cells and fibres which transmits nerve impulse between parts of the body.

Motor: carry neuronal impulse away from CNS to different parts.

Sensory: Carry impulse from sensory stimuli towards the CNS and Brain.

·         Neurohumoral transmission implies that nerves transmit their message across synapses and neuroeffector junctions by the release of humoral (Chemical) message. 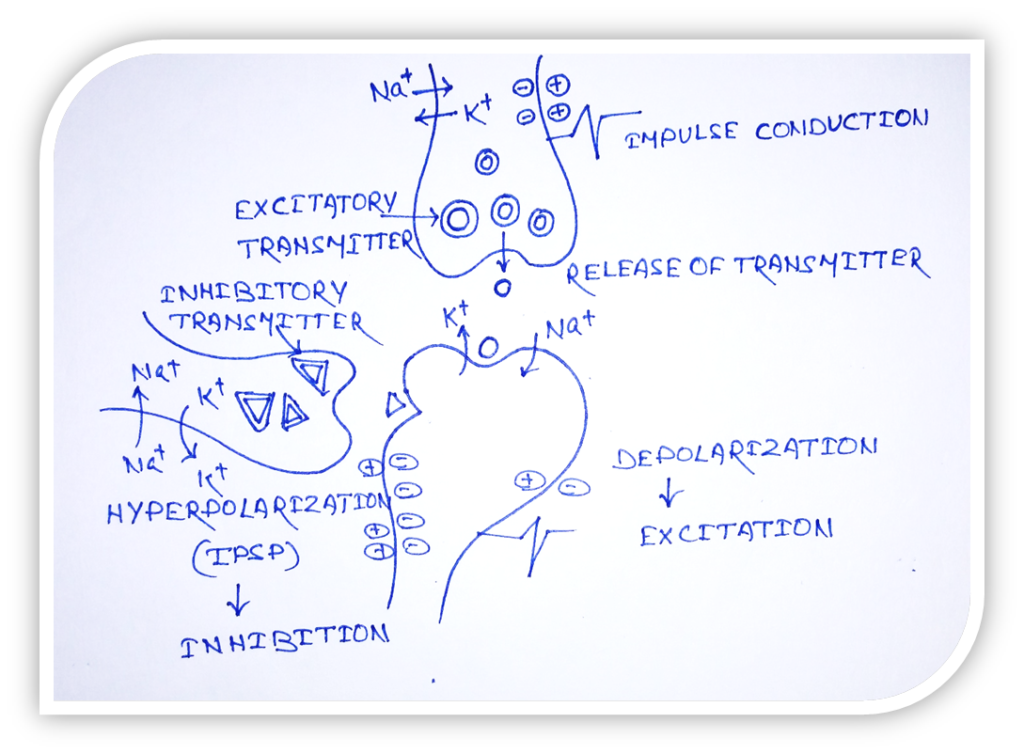 ·         K+ ion then move out in the direction of their concentration and repolarization achieved.

·         The ionic distribution is normalized during the refractory period by activation of Na+ K+ pump.

·         The action potential thus generated set of local circuit currents which active ionic channel at the next excitable part of the membrane.

·         Increase in permeability to K+ ions, which moves out carrying positive charges.

·         The transmitter locally degraded or partly taken back into pre-junctional neuron (e.g. Ach).

·         The co-transmitter is stored in the pre-junctional nerve terminal along with primary but in separate vesicle.

·         It may also act on pre-junctional receptors and modulate release of the transmitters.